Ibsen Lab is the first batch production play of THEATRE LAB. Directed by Rajan Khatiwada, the play was a compiled version of selected plays of Henrik Ibsen, one of the greatest 20th century Norwegian playwrights. The play was performed at Mandala Natakghar as its regular show for 35 days. 15 alumni students of THEATRE LAB had acted in the play.

Plus Two School of Life is the second batch production play of THEATRE LAB. Directed by Rajan Khatiwada and Stella Van Lieshout jointly; the play depicted problems and challenges faced by students in their college life. The play was choreographed by Sjifra Ijpma and Lisa Feij, who are theatre graduates and professional choreographers from Netherlands. Mandala Theatre Nepal had invited them for sharing their experiences with the students of THEATRE LAB 2.

Jaar: Bhayekai Euta Katha is the third batch production play of THEATRE LAB. Directed by veteran theatre director Sunil Pokharel, the play was originally written by Indra Bahadur Rai and adapted into drama by Khagendra Lamichhane. The play started getting a huge response from audiences since the day of its premiere on 31st October 2014 and hit the audience of city for a full month. The play was staged regularly at Mandala Theatre until 30th November 2014. Twenty-seven passed out students of THEATRE LAB 3 had acted in the play.

Sirumarani, is the fourth batch production play of THEATRE LAB. Written by Sarubhakta, renowned playwright of Nepal and the right honorable chancellor of Nepal Academy of Music and Drama, Sirumarani was directed by Dayahang Rai. The play was premiered on 28th August, 2015 at Mandala Theatre and run for three weeks. THEATRE LAB 4, the fourth season of THEATRE LAB was initiated by Rajan Khatiwada as the main trainer.

Mandala Theatre-Nepal staged the renowned Indian play Andha Yug (The Age of Darkness) written by Dharmavir Bharati with a Nepali translation at Kathmandu as the fifth batch production play. The play was premiered on 23rd December 2016 and staged until 15 January 2017 as a regular show. THEATRE LAB 5, the six month long training was facilitated by Dipal Baral (Narendra), a graduate from MS Universiity, India with Drama as major subject. Mr. Baral also has designed and directed the play where 25 theatre students had performed. The play was translated into Nepali by Rajendra Salabh.

As the final production of THEATRE LAB 6, Mandala Theatre- Nepal produced and staged the play ‘Club Seven’ from 17th April to 6th May 2018.

Written by Som Nath Khanal and Sijan Dahal, Club Seven is an absurd play developed by using both improvisational storytelling method and traditional play-making process. The play tries to depict the contemporary urban cultures and its effects to human psyche. The play had been prepared under the duet direction of Dayahang Rai and Rajan Khatiwada from Mandala Theatre.

The play introduced 27 new artists as its casts. The cast of the play had been taught different aspects of theatre together with artists’ socio-political relation/responsibility for last 5 months as a package of short-term theatre course. 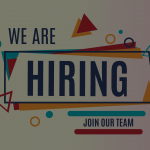 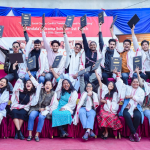